The M6 is a floor standing, three-way, five-driver loudspeaker design that establishes a new pinnacle of engineering and design vision at Magico. 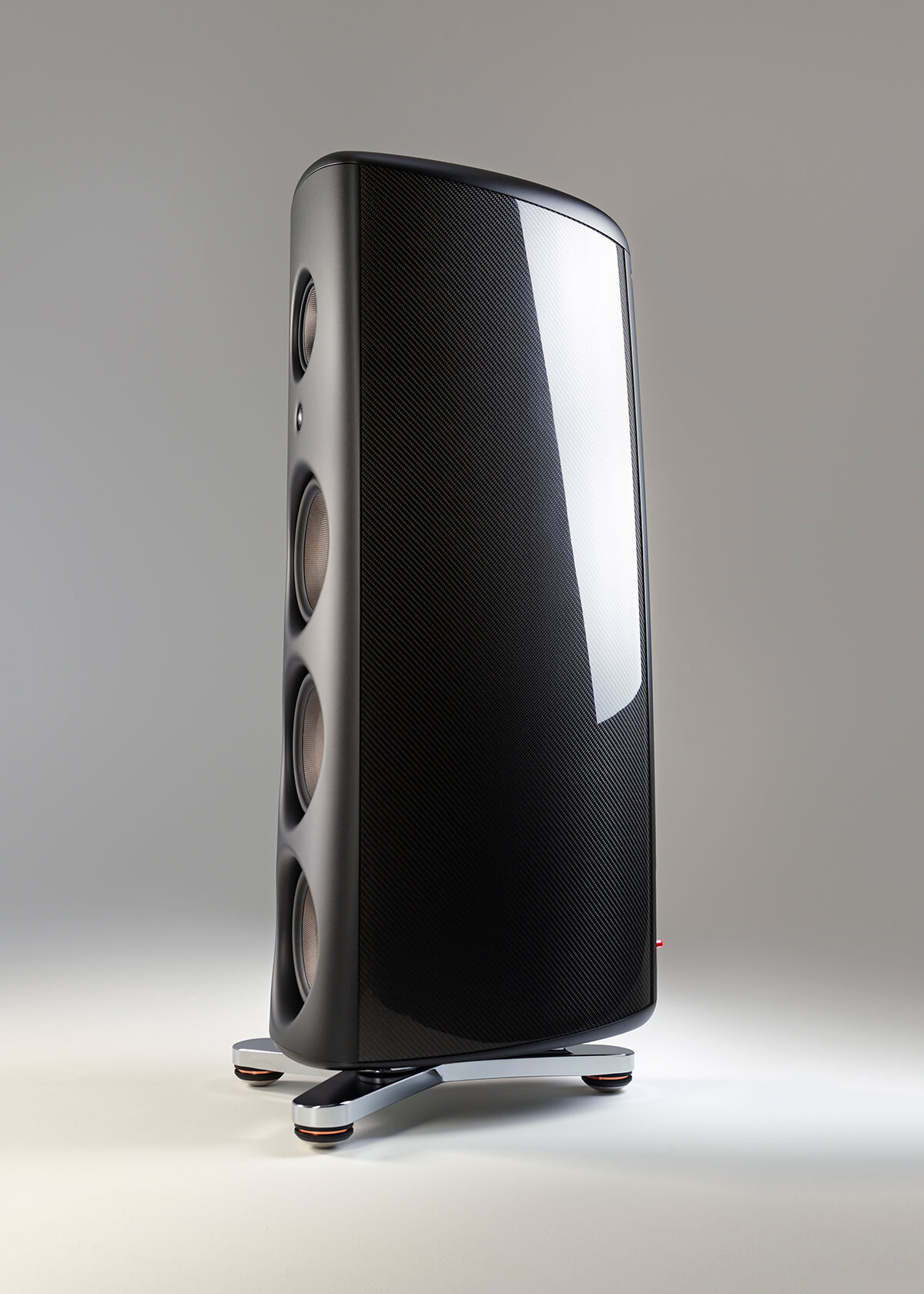 Since the release of the M-Project in 2014, Alon Wolf and his engineering team have worked to expand upon the ground breaking designs that were first introduced in the critically acclaimed product which included the application of carbon side panels.

The new M6 represents the culmination of such efforts and a major advance in loudspeaker design. The most compelling aspect is the six-sided, monocoque enclosure sculpted of ½” carbon fiber, leveraging the latest Aerospace materials and technologies. Similar to the external shell of an F-35 fighter jet, this method of construction increases the structural strength-to-weight ratio by a factor of 60, while reducing overall weight by 50% and yielding outer dimensions that are 30% smaller without compromising internal volume. The curved interior and exterior walls minimize internal standing waves and eliminate external diffractions. 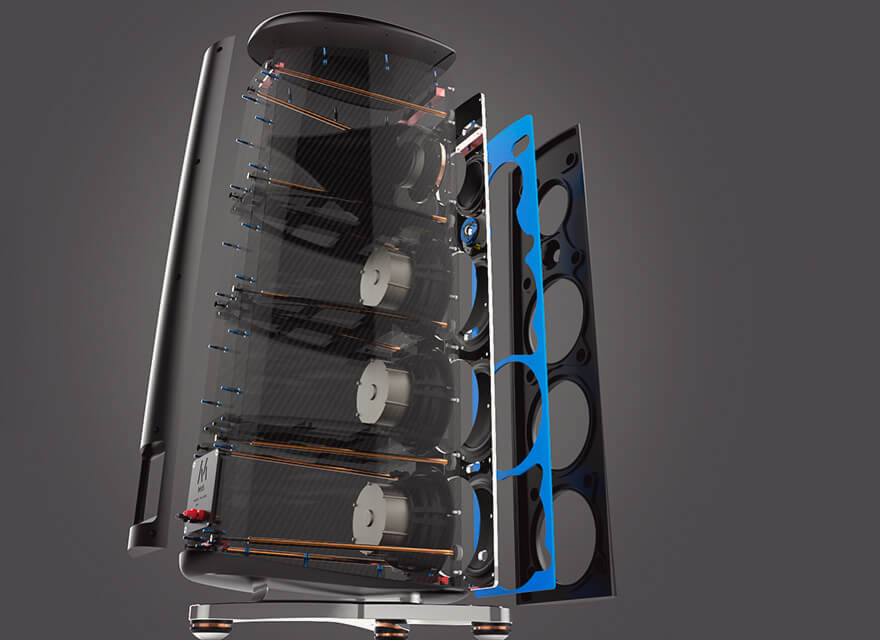 Four massive aluminum billets are meticulously machined to produce a continuously curved exterior with no angles. A thick-machined aluminum inner baffle supports the drivers, while ten aluminum tension rods extend front to back to further stiffen the enclosure and eliminate the possibility of hardware loosening overtime.

Magico M6 enclosure is completely sealed and, in its finished form, has nearly zero diffractions which allow sound waves propagated by the transducers to disperse naturally without obstruction. This creates a sound-field that replicates that of the recording space and allows the speaker to completely vanish in its environment.

A slight curvature in the machined front baffle enhances the seamless integration of all five drivers and provides an elegant appearance overall. The newly designed 3-point MPOD base provides a perfect coupling platform to the floor and supports the M6 as though it were floating in space. 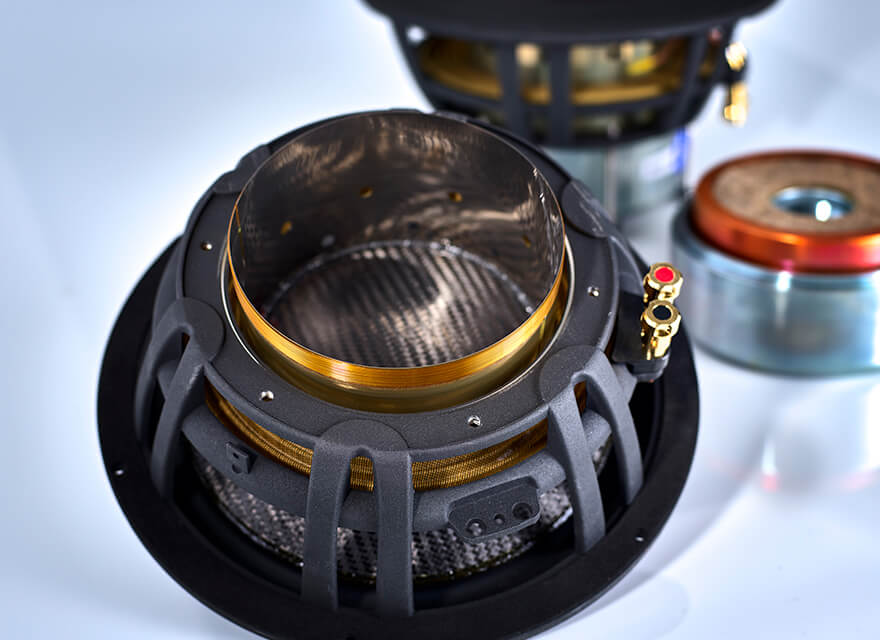 The M6 incorporates a 28mm diamond-coated beryllium diaphragm with optimized geometry, created using state-of-the-art Finite Element Analysis modeling tools which elevates the M6's high-frequency reproduction one step closer to perfection. This was achieved by skillfully leveraging beryllium's physical properties, making the tweeter closer to the theoretical ideal without gaining the extra weight normally associated with diamond's specific gravity. Combined with a new motor system and new acoustically improved back chamber, the M6 tweeter has the lowest distortion measurements of any high-frequency transducer. 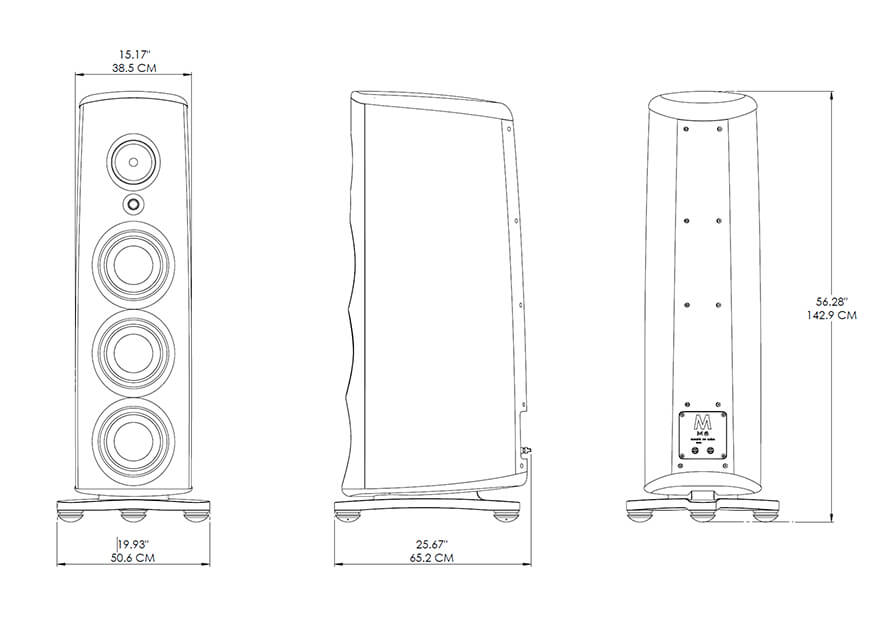