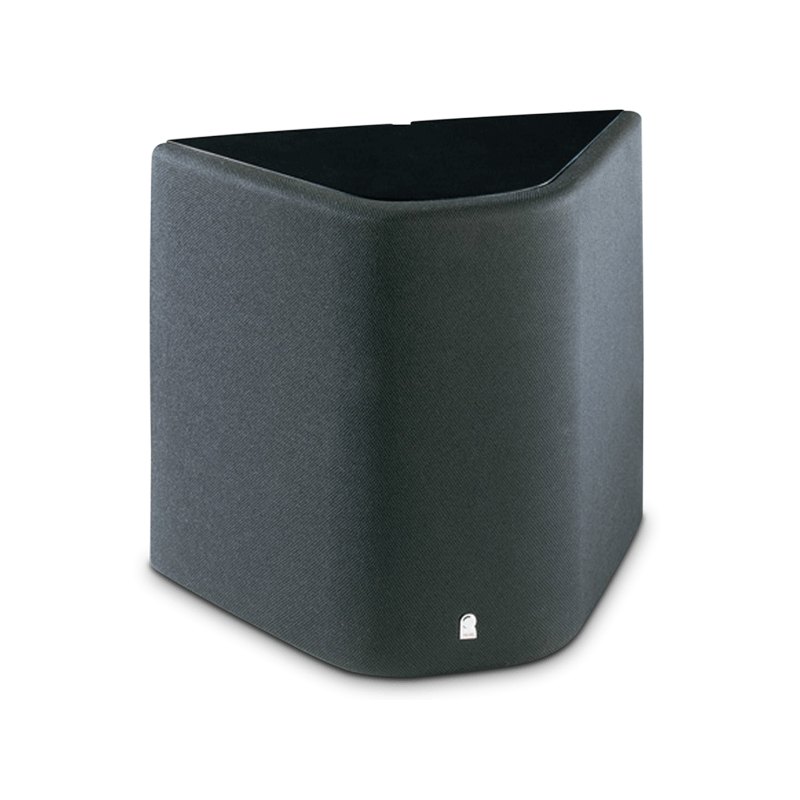 For 7.1 systems such as THX Ultra2® Dolby Digital EX® and DTS ES®, the Revel S12 also features dual separated crossovers and two pairs of speaker input terminals. By removing the shorting straps on the binding post pairs, one S12can function as two distinct surround loudspeakers in a single enclosure. This unique capability allows the use of one S12 to function either as both left and right rear surrounds, or as both a side and rear surround speaker. The Concerta S12 can therefore provide a unique solution for 7.1-channel systems in tight spaces.